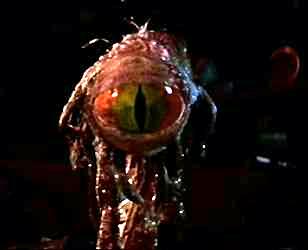 I’ve pushed a significant update to Dianoga, my framework to transparently optimize the size of media library images, including rescaled sizes.

My original post on Dianoga 1.0 explains why you’d want to use it in detail, but as an overview how does saving 5-40% overall on image bandwidth sound? All you have to do is install a NuGet package that adds one dll and one config file to your solution. That’s it. You can also find documentation on GitHub.

Dianoga 2 is faster and more extensible. The key change is that media is now optimized asynchronously, resulting in a near-zero impact on site performance even for the first hit. Dianoga 1.0 ran its optimization in the getMediaStream pipeline, which meant it had to complete the optimization while the browser was waiting for the image. For a large header banner, this could be a couple seconds on slower hardware (for the first hit only). Dianoga 2 replaces the MediaCache and performs asynchronous optimization after the image has been cached. This does mean that the first hit receives unoptimized images, but subsequent requests after the cache has been optimized get the smaller version.

Extensibility has also been improved in Dianoga 2. Previously, there were a lot of hard-coded things such as the path to the optimization tools and the optimizers themselves. Now you can add and remove optimizers in the config (including adding your own, if you wanted say a PNG quantizer), and move the tools around if desired.

There was a bug in Dianoga 1.0 that resulted in the tools DLL becoming locked, which could cause problems with deployment tools. This has been fixed in 2.0 by dynamically loading and unloading at need. Thanks to Markus Ullmark for the issue report.

Upgrading from Dianoga 1.0 to 2.0 is fairly simple; upgrade the NuGet package. You can choose to overwrite your Dianoga.config file (recommended), or merge it with the latest in GitHub if you don’t want to.

Have you ever run Google PageSpeed or WebPagetest against a Sitecore site and been disappointed with the unoptimized images coming from your Sitecore media library? When I did, I was seeing claims that I could reduce the size of many of my images by 10-30%, simply by removing unnecessary image data and optimizing the image encoding. The tools to accomplish image optimization, such as jpegtran or PNGOptimizer, operate in a lossless fashion - in other words, your images lose zero fidelity but become smaller. On a big website, any reduction in data transfer is a big cost savings on bandwidth as well as a UX improvement due to improved load times.

With this in mind I set out to make a tool to automatically optimize the output of the Sitecore media library, and Dianoga was born. Dianoga sits in the getMediaStream pipeline, which Sitecore uses to transform media items before it writes them to its disk cache. When an image gets processed, we complete the processing by transparently optimizing it before it goes in the cache. No changes are ever made to the actual media item in the database, and you never have to explicitly request optimization.

There are some other image optimization modules out there for Sitecore, so how is this one different? First, this one is automatic (no clicking a button in the content editor, or forgetting to). Second, this one optimizes as the media is served to the client, which means that if you’re using Sitecore’s image resizing functionality (which is perfect for modern responsive techniques like srcset and Adaptive Images without tons of work) each size of the image is individually optimized - which is important because the act of resizing the image deoptimizes it.

Sound like fun? Free bandwidth savings for no work other than a really difficult installation process? Just kidding - installation is as simple as a zero-configuration NuGet package that doesn’t even touch your Sitecore databases. You might want to delete App_Data/MediaCache after install so that media is recached with optimizations, but that’s all there is to it.

Find Dianoga on NuGet (Sitecore 7+), or you can get the source from GitHub (source works for Sitecore 6.x). There is also a readme on GitHub with additional details about logging, troubleshooting, and such.