This is the second post in a series about Rainbow, an advanced serialization library for Sitecore. Part 1, dealing with improving the serialization file format, can be found here.

Rainbow supports the idea of a data store, which is an abstraction of the necessary components to store and retrieve Sitecore items. A data store need not be serialized: Sitecore’s database is itself implemented as a data store as far as Rainbow is concerned.

Why do we need SFS?

Sitecore’s content tree is effectively infinite (by definitions of “infinite” that mean “up to 20 levels by default”) in depth. The Win32 filesystem APIs on the other hand, have a maximum path length of 240 characters. So now we run into a problem where you can have a path in Sitecore that is unrepresentable on the filesystem, because the content path is too long. Whoops. Sitecore’s serialization APIs handle this situation, albeit a bit clunkily. They take the item path and apply a trivial hash algorithm to it, then put the item at the root of the serialization tree in a folder named that hash. For example (slightly simplified):

This solution works, but it also means that the hierarchy becomes nearly unintelligible once short-paths start being used. The hash is not a standard algorithm; there is no obvious way to see what it means without reading the .item file within to see what its path is. It also makes merging very unintuitive if the short-pathed items are changed because the file path tells you nearly nothing.

So now we’ve seen path length problems, but what about a special case of that? What happens if you create an item name that is so long that it alone becomes too long to fit in the Windows filesystem path limits? Imagine an item with a 300-character name. Well if this occurs - as can pretty easily with Web Forms for Marketers - the Sitecore serialization APIs all choke. Unicorn 2 fails because it uses the Sitecore APIs. Pretty sure TDS does too, but I could be wrong.

Filenames are not unique

Sitecore’s content tree, and the APIs to retrieve items “by path,” are quite misleading. Why? On the Windows filesystem the file name is a unique key. However under the covers of Sitecore the item’s ID is the unique key. Duplicate names are totally allowed - which means that getting something “by path” is horribly ambiguous (.5% of the time, but still). But this is the basis upon which the Sitecore standard serialization hierarchy is built: ambiguity.

But they made the right choice. Do you want to merge conflicts in items named by ID on disk? How about deal with that you’d hit the path length limit in about 3 levels with 35+ character file names? Thought not. But this means we have a problem to solve: how do we map non-unique nodes in the database (the item name) onto unique nodes (file names) on the file system.

Sitecore’s serialization APIs solve this in a somewhat decent fashion. When an item is serialized the parent paths are evaluated for items of the same name, and if one exists then the item path has the parent ID appended to it. For example:

Pathing bugs in the API

The Sitecore serialization pathing APIs are unfortunately pretty buggy. There are several methods that assume you’d never serialize an item anywhere outside the default serialization folder - and in fact throw an error if you try it. These methods are all static, and thus the only way to change their behavior is by decompiling them and using your own fixed copy of them. That’s not in the least suboptimal, and it’s quite intentional that Rainbow has zero dependency on the Sitecore serialization APIs.

Tired of hearing me rant about bugs? Me too, how about we talk about solving these problems instead!

How does SFS work

The SFS data store is capable of storing practically infinite item path depths, as long of an item name as you please, handling duplicate filenames in all cases, and writing to any path you please. SFS is based on the idea of a ‘solid’ tree, where every node with children must also contain the serialized parent, for example:

Sitecore serialization does allow for ‘sparse’ trees where you can have unserialized parents. The astute may be reading this and asking “wtf, do we have to serialize the whole database then?” 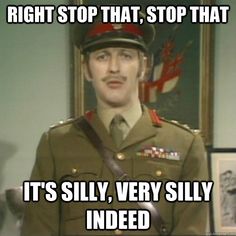 SFS supports relative trees instead of a single monolithic tree that represents an entire database like Sitecore uses. For example:

See how Rainbow ignores the relative Sitecore path? This means for deep tree roots your filesystem path length can be much shorter because it doesn’t need empty parents, resulting in fewer over-length file paths. It also means that you can browse to the items with fewer clicks in Windows Explorer. Unicorn 3 also allows you to name your trees (which in Unicorn terms map to an <include> entry on your predicate), so your serialization folder might resemble:

Note how the tree root folder name need not match the root item name (though it does by default, but it’s pretty easy to have duplicate names doing that). In the above case the c:\rainbow\templates item might be rooted in Sitecore at /sitecore/templates/User Defined. Note: the use of solid trees does preclude some kinds of exclusions, namely anything not path-based because other exclusions could result in a sparse tree.

SFS handles long content paths by using loopback paths. These are similar in concept to Sitecore’s hashed paths, but unlike hash-paths they actually transplant any children of that path under the loopback path. The loopback paths are also named by the item ID of the parent of the items in the loopback. Let’s look at an example (with a contrived very short max path length):

Loopback paths may loop multiple times for extremely long path lengths. Loopbacks also handle the case where some children are short enough to live under the parent and others’ name puts it over the limit into a loopback.

If you have items of the same name under the same parent in Sitecore, SFS uses a similar approach to Sitecore’s APIs with item_id.yml as the filename format. However SFS does a lot of correctness verification that Sitecore does not, because SFS generates the paths based on the filesystem and not Sitecore. For example, suppose you had two items of the same name and then added different children to each. SFS will actually resolve the path by evaluating down the filesystem paths until it finds the matching path regardless of parentage - and it returns all matches instead of whichever one it feels like. The case of writing items at different times is also handled; SFS checks existing same named items for any with the same ID and reuses the name. So you never get renames for no reason or corrupted trees.

This may sound like a lot of file reading. Yes, it can cause more file reads than Sitecore’s approach. However with a smart path to ID cache, and the ability to read item metadata (which in the case of YAML items means only reading the first 4 lines of the file, which is 3x or more faster than reading the whole thing), both dumping and syncing items from SFS is up to 50% faster than Unicorn 2 on the same items.

Obscenely long item names are handled by simply truncating them before putting them on the filesystem. A setting controls the maximum name length. Parent items are properly disambiguated using ID suffixes if two differently named items truncate to the same short name. I serialized a whole Sitecore database with max filename length = 5 to test this. So many duplicate names then!

SFS (and the YAML formatting pieces we talked about last time) has 95% code coverage, and all bugs that have been found so far are covered with additional tests.

Hey, what about an index file to speed up querying?

In fact Rainbow was originally designed to be a general purpose data store, where you could directly query an item by ID, path, template ID, or parent ID. It had in memory indexes that it would maintain, backed variously by a single global index file, and reading the headers of each serialized file. The indexes worked pretty well, in fact. But they had several major problems that caused me to scrap them:

Can I have it yet?

…so if you could just go ahead and download the beta, that’d be great.

Rainbow and Unicorn 3 betas are currently available from NuGet (you’ll need to enable prerelease packages). For a fresh install it should be as simple as installing the Unicorn package - unless you want to hack around the Rainbow APIs, in which case Unicorn is not required. For upgrading from Unicorn 2, there’s a doc for that.

It’s vaguely stable, but hasn’t had extended testing in real life Sitecore development like a final release will have. It no doubt has some bugs. The bugs may be more than minor. Feel free to test it if that doesn’t scare you; send me a ticket on GitHub if you find issues. Now’s a great time for feature requests too!