I am happy to announce that Synthesis 8.2.1 is available on NuGet. This release primarily adds additional features.

To register a new configuration with Synthesis 8.2.1: 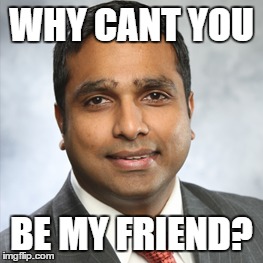 Along with simpler configuration registration, allowing your configurations to reference each other’s generated classes is also far easier with “Auto-Friending.”

To illustrate this, suppose you were using Habitat and in your Project layer you had templates that inherited Feature templates. Without auto-friending (or previously manual friending), the Project would generate duplicate interfaces for the Feature templates. This is a bad thing. But with friending, the Project generated template will simply inherit from the already existing Feature model, extending implicit dependency in the database into explicit dependency at a code level (also a good thing!).

With auto-friending, configurations automatically friend each other in the order they are registered. So for the example above, as long as the Feature’s model configuration was registered before the Project’s model, everything would Just Work. You can control the order of registration by the order in the SynthesisConfigRegistrar assemblies.

A pattern that I’ve been using for a while (as have others) to improve testability is to make a facade over the RenderingContext that turns it into a Synthesis API and removes all Item dependencies. This IRenderingContext can be registered with your IoC container (to SitecoreRenderingContext) and constructor-injected into controller renderings to make Item-free controllers that are easy to test without any hacks. Even awesome hacks like FakeDb.

Synthesis now ships with Synthesis.LocalConfig.config.example, which is designed to be duplicated to form your own configuration patch. This encourages leaving the default configurations alone, which in turn greatly simplifies upgrading. The documentation and README has also been updated to reflect this.

Upgrading should be as simple as a NuGet upgrade*. If you have customized your Synthesis.config you may need to merge it with the default (or even better make it a patch file).

Thank you to the community members who contributed to this release: