I’m happy to announce the final release of Unicorn 4.0! Unicorn 4 comes with significant performance and developer experience improvements, along with bug fixes. Unicorn 4 is available from NuGet or GitHub.

Unicorn 4 is faster - a lot faster. Check out these benchmarks: 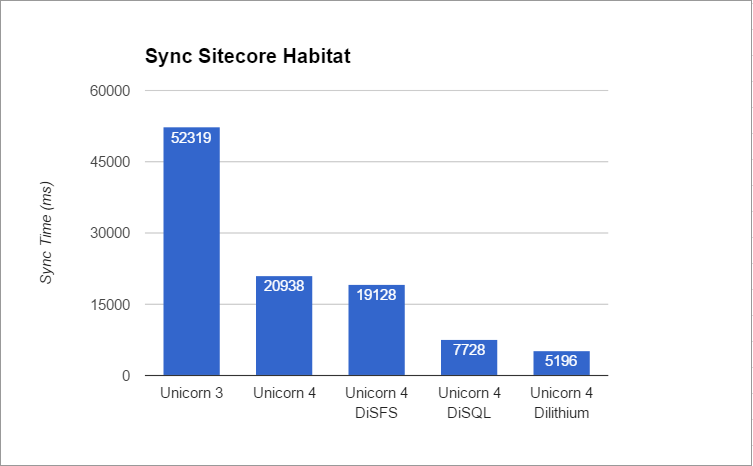 The speed increase is due to optimized caching routines, as well as the Dilithium batch processors. Dilithium is an optional feature that is off by default: because of its newness, it’s still experimental. I’m using it in production though. Give it a try - it can always be turned off without hurting anything.

For more detail into how Unicorn 4 is faster, and what Dilithium does, check out this detailed blog post.

Unicorn 4 features a refactored configuration system that is designed to support Sitecore Helix projects with an improved configuration experience. The new config system is completely backwards-compatible, but now enables configuration inheritance, configuration variables, and configuration extension so that modular projects can encode their conventions (e.g. paths to include, physical paths) into one base config and all the module configs can extend it.

This drastically reduces the verbosity of the module configurations, and improves their maintainability by allowing conventions to be DRY. Here’s a very simple example of a base conventions configuration:

And here’s a module configuration that extends it:

There’s a lot more that you can do with the configuration enhancements in Unicorn 4 too. For additional details, read this extensive blog post.

Just about anything you can do with Unicorn can now be automated using Sitecore PowerShell Extensions in Unicorn 4. You can now run Unicorn SPE cmdlets to…

The Unicorn console has received a serious upgrade in Unicorn 4. If you’ve ever run a sync that changed a large number of items from the Unicorn Control Panel, you may have noticed the browser slow to a crawl and the sync seem to almost stop. The console that underpins Unicorn 3 and earlier started to choke at around 500 lines.

No longer! Unicorn 4’s upgraded console has spit out 100,000 lines without a hitch, and it should scale beyond that.

The automated tool console (PowerShell API) has also received an upgrade. Previously the tool console buffered all the output of a sync before sending it back. This caused problems in certain environments, namely Azure, where TCP connections that don’t send any data for more than four minutes are terminated. This would cause long-running syncs in Azure to die unexpectedly.

In Unicorn 4 the automated tool console emits data in a stream just like the control panel console. There’s also a heartbeat timer where if no new console entries are made for 30 seconds, a . will be sent to make sure the connection is kept active.

The streaming tool console also requires updating your Unicorn.psm1 file - not only will you get defense against TCP timeouts, you’ll also be able to see the sync occur in real time using the PSAPI just like you would from the control panel. No more waiting until it’s done to see how things are going :)

Predicates can Exclude by Template ID or Name

Unicorn 4 can now exclude items from a configuration by template ID, thanks to Alan Płócieniak. See also Alan’s original post on the technique.

You can also exclude items by a regular expression of their name. This enables scenarios such as wanting to include all templates, but exclude all __Standard values items.

The complete grammar for predicates is always in the predicate test config.

Unicorn 4’s breaking changes do not break any common use-cases of Unicorn, but review them to see if they affect you.

If you’re coming from classical Unicorn 3.1 or later, upgrading is actually really simple: just upgrade your NuGet package. Unicorn 4 changes nothing about storage or formatting (except that the __Originator field is no longer ignored by default), so all existing serialized items are compatible.

If you’re invoking Unicorn via its remote PowerShell API, make sure to upgrade your Unicorn.psm1 to the Unicorn 4 version to ensure correct error handling with the streaming console.

Thank you to the community members who contributed code and bug reports to this release. 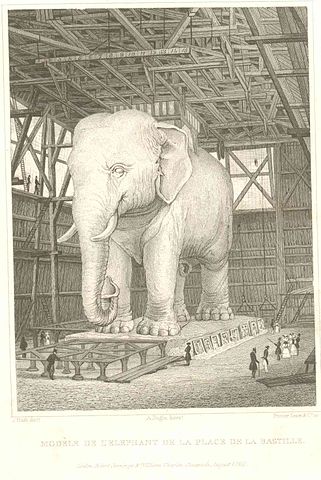